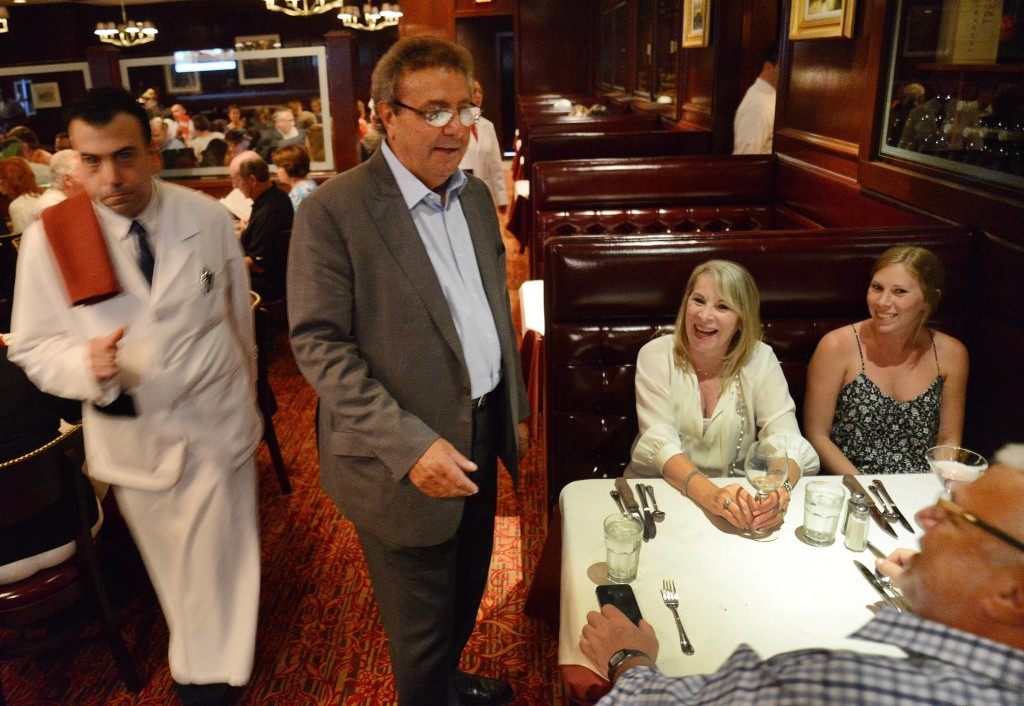 The steaks were sizzling and cocktails poured strong Wednesday night at the grand opening of the new Gene & Georgetti restaurant in Rosemont — only the second location in the legendary Chicago steakhouse’s 75-year history.

Executive Chef Luis Quiroz and other chefs manned the grills and prepared meals in the kitchen, while waiters delivered the restaurant’s signature items to tables. 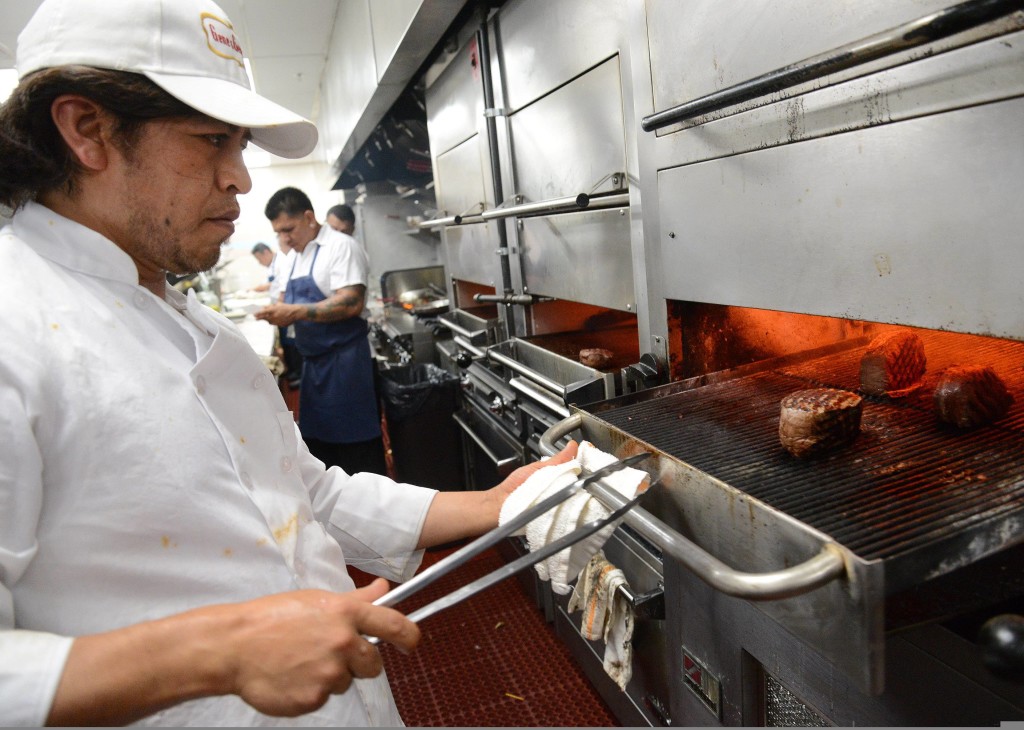 Executive Chef Luis Quiroz checks on the steaks in the broiler on opening night Wednesday at the new Gene & Georgetti in Rosemont.

The 260-seat restaurant at 9421 W. Higgins Road is open for lunch and dinner Mondays through Fridays, and dinner on Saturdays. Its grand opening Wednesday came six months after the closing of the Rosewood restaurant and banquet hall, whose owner Jim Mandas decided to retire after 25 years in business on Higgins.

The village bought out the remaining 47 years on a 70-year land-lease agreement and the 18,000-square-foot building for $5.2 million, and Gene & Georgetti then signed a 10-year lease deal for the building with Rosemont.

The restaurant’s owners say they’ve had offers to open a second location in the suburbs for 25 years, but it wasn’t until three years ago that they began seriously considering the Rosemont location. 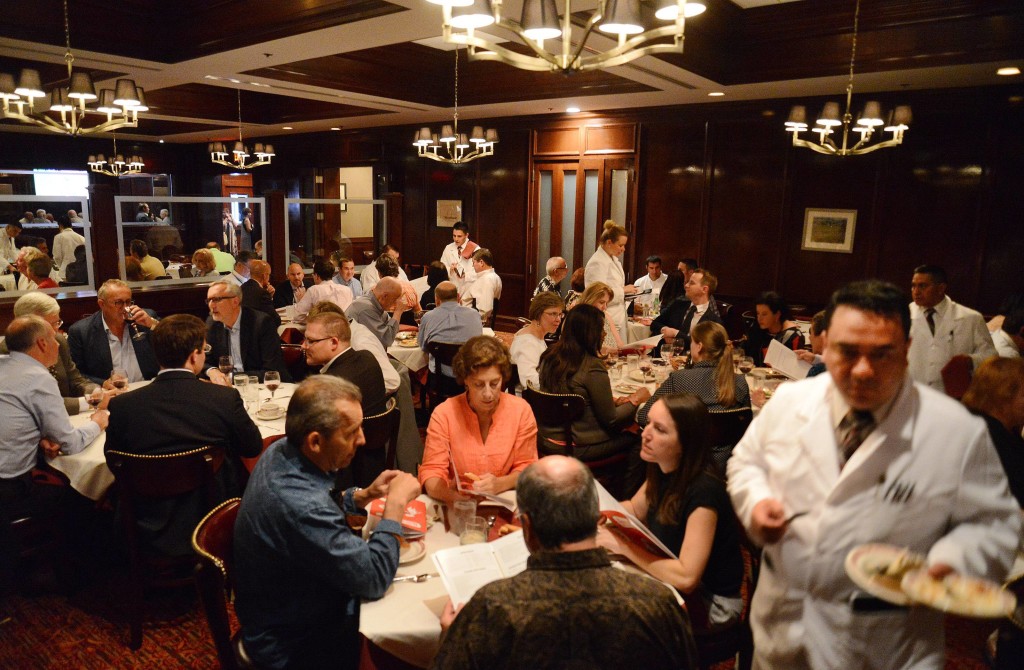 The packed dining room on opening night Wednesday at the new Gene & Georgetti in Rosemont.

A soft opening was held last weekend, and a VIP party reception was held June 28.

Attached to the new Rosemont restaurant is The Estate by Gene & Georgetti, a private events and wedding venue featuring a 5,000-square-foot grand ballroom seating 300.

The original restaurant in Chicago’s River North neighborhood stands as the oldest family-owned steakhouse in the city.