The Robb Report has included Gene & Georgetti in a roundup of the 10 best steakhouses in Chicago. It’s always exciting and such an honor to be included in features like this one! Contributor Ari Bendersky notes the soon-to-reopen River North location, not to miss dishes and that Gene’s is “as good as it gets” when it comes to classic favorites! 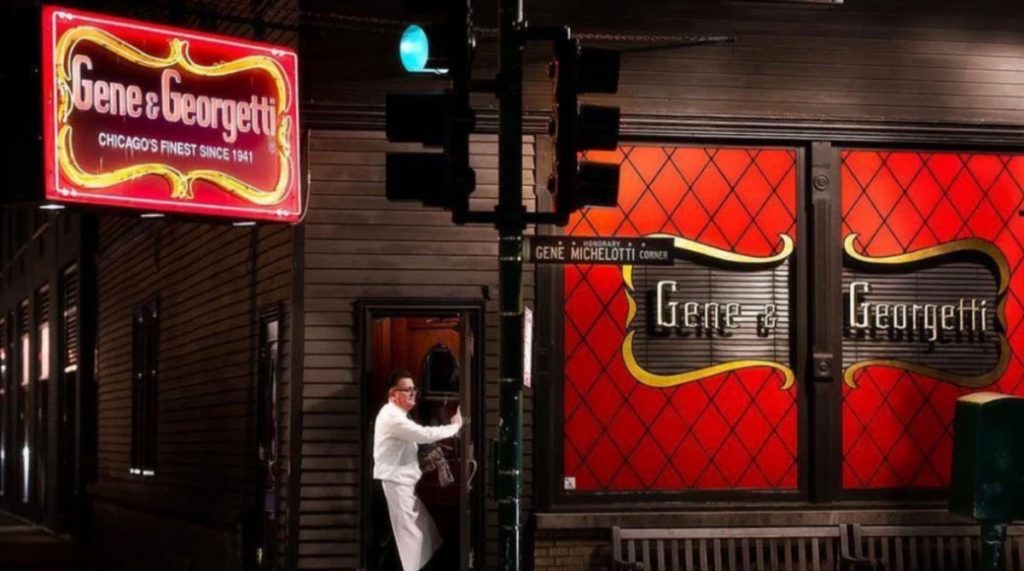 The following content was published by Robb Report on March 2, 2020.

Where to get your fix in America’s meat mecca.

Chicago has always been a bastion of meat and potatoes. Hell, the city once had the moniker of “Hog Butcher for the World” (and yes, that includes the millions of cattle received at the Union Stock Yard back in the day). While the city has blossomed into a culinary capital with some of the country’s top chefs and restaurants pushing boundaries and experimenting with ingredients, the Windy City can’t get enough of its steakhouses. Just when you think the city has enough, another announces its opening. Many thrive, signaling people’s love of juicy steaks, bountiful seafood towers and overstuffed baked potatoes. Let’s be honest: There certainly are other fantastic steakhouses in the city (we’re looking at you Chicago Cut, Prime & Provisions and Chicago Chop House), but with just 10 spots, these get our top marks, presented alphabetically. Ready to sharpen your knives and kick back with a martini or bold glass of red wine? Here’s where to do it.

Sidelined by a fire in late 2019, Gene & Georgetti—Chicago’s oldest steakhouse, opened since 1941 where it has served celebs like Frank Sinatra, Lucille Ball, Russell Crowe and Will Ferrell—will re-open in March with all the classics it has become known for over the last 80 years: rich and buttery shrimp de Jonghe, garlicky chicken Vesuvio, the proprietary Garbage Salad (iceberg, salami, mozzarella, Parmigiano cheese), signature pastas and, of course, an array of perfectly charred steaks and chops. As classic Chicago Italian steakhouses go, it doesn’t get better than this.”

Check out the full feature HERE.