One of Chicago’s most historic restaurants rebuilds, looks to the future with strategic guidance

CHICAGO, IL (January 30, 2020) – Gene & Georgetti, Chicago’s original steakhouse since 1941, is setting the stage for a comeback befitting of the restaurant’s legendary status. After suffering a kitchen fire in October 2019 at its downtown location in the heart of River North (500 N. Franklin St.), the Durpetti family – who owns the iconic destination – is planning a symbolic reopening that pays homage to a rich past while celebrating the future of the Gene & Georgetti name. In so doing, the family is pleased to announce strategic relationships with Gerard Centioli of ICON INC and Janet Isabelli of Isabelli Media Relations.

Leading the restaurant into its next chapter is Michelle Durpetti, daughter of longtime owner Tony Durpetti; she represents the third generation of Gene & Georgetti’s independently-owned family leadership. Having grown up in the restaurant and watching and working alongside her father for decades, her vision for the future embraced the expansion of the “Gene’s” family to include the guided expertise of both Centioli and Isabelli.

“Gerard and Janet are two of the most respected leaders in their industries,” said Durpetti. “Gerard, alongside ICON Co-Founder Richard Melman, has developed iconic brands and created formidable restaurant concepts. As a Senior Partner and Senior Vice President at Lettuce Entertain You Enterprises, Inc. his vast experience in strategic brand development and expansion is invaluable, and integral to our next chapter.

“For more than two decades, Janet has led marketing campaigns for some of the nation’s most renowned hospitality companies, many of whom I admire. Her meaningful relationships with the press, coupled with her deep knowledge of modern marketing strategy and integration, will play a critical role as we share the Gene & Georgetti story far and wide.”

Gene & Georgetti’s Rosemont location (9421 Higgins Rd.) has provided continued employment and advanced training opportunities for the restaurant’s downtown staff during the downtown rebuild. The suburban location celebrates five years in 2020 and serves a menu filled with the signature dishes for which Gene & Georgetti’s is acclaimed, as well as frequent specials that champion the Durpetti family’s Tuscan heritage. The Estate by Gene & Georgetti in Rosemont also features adjoining private function space – ideal for both social and corporate functions – for 12 to 275 people.

Gene & Georgetti is slated to re-open in River North early 2020. With the momentous occasion comes refurbished interiors, newly introduced menu items and reimagined branding, all of which stay true to restaurant’s beloved legacy.

“We are excited for all that lies ahead,” added Durpetti. “The sheer outpouring of support from the community has reminded us of how much Gene & Georgetti means to others. We are fortunate to have the best possible team – both staff who have been with us for years, as well as exciting new partners – standing beside us as we march forward. We are ready to welcome the world back to the place so many consider home.”

About Gerard Centioli
Founder, President & CEO of ICON, INC (ICON) and Senior Partner & Senior VP of Lettuce Entertain You Enterprises, Inc. (LEYE), Gerard Centioli is a second generation restaurateur and one of the most seasoned industry veterans. He started working in the kitchen with his father when he was nine years old. Following graduation from Gonzaga University, Gerard went to work for his father’s company, Gil’s Enterprises, Inc. (Gil’s), on a full time basis, learning all aspects of the business and ultimately becoming Vice President.

In 1983, Gil’s merged into Collins Foods International, Inc. (CFI) in Los Angeles. CFI named Gerard Regional Vice President, enabling him to learn the corporate side of the quick-service restaurant business. In 1984, he was named Vice President of Administration of the Kentucky Fried Chicken Division of CFI. By 1988, Gerard was named President and CEO of Ed Debevic’s Inc, a venture with Lettuce Entertain You Enterprises, Inc. He was named President and CEO of the Tucci Division of LEYE in 1992 and became a member of LEYE Executive Committee in 1993.

In 1999, Gerard, Richard Melman and Michael Fox founded ICON LLC. ICON was formed to establish partnerships with bona fide restaurant icons for the expressed purpose of multi-unit development. The first partnership was with Joe’s Stone Crab and the second partnership was with Krispy Kreme Doughnuts. While Gerard’s focus is ICON, he remains a Senior Partner of Lettuce Entertain You Enterprises, Inc.

of Lawry’s Restaurants, Inc. and the Board of Regents of Gonzaga University and he continues to serve both organizations. For more information, visit icon.com.

About Janet Isabelli
Janet Isabelli has consulted the nation’s premier travel and culinary destinations for more than 20 years. Prior to founding her first company, Isabelli Media Relations (IMR), in 2011, she held the position of Vice President at Wagstaff Worldwide, where she led the company’s Midwest office for nearly a decade. Previously, she served as the Assistant Director of College Programming at the University Chicago, where she oversaw large-scale events and conferences for students, faculty and alumni of The College.

In her tenure, Janet has led integrated marketing and publicity campaigns for globally recognized entities such as Soho House & Co., Time Out Market Chicago, InterContinental Hotel Group, the Illinois Restaurant Association, the Illinois Hotel & Lodging Association, branding expert Adrienne Weiss and the James Beard Foundation. The media relations campaign for one of the nation’s premier epicurean events – Chicago Gourmet – falls under her care, as well as those for countless award-winning hotels, restaurants and culinary brands throughout the world. A skilled practitioner in crisis communications, Janet also plays a critical role in devising successful outcomes for both individuals and businesses in need of this specialized expertise.

Janet was named one of Crain’s Chicago Business’ “40 Under 40” emerging business professionals in 2007 and one of the city’s most influential women in food in 2015 by Chicago Woman magazine. Additionally, she was honored in Newcity magazine’s “Food & Drink 50” in 2011, 2013, 2017 and 2019. She holds undergraduate degrees in Law, Letters & Society and Spanish Language & Literature from the University of Chicago, where she is active in the alumni community. For more information, visit imrglobal.com. 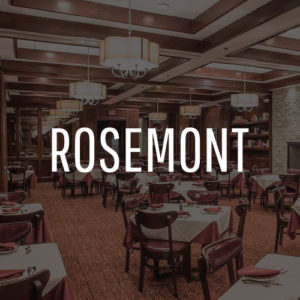