The 18th annual Grand Chefs Gala honored the city’s culinary elite with Jean Banchet Awards for Culinary Excellence at a benefit for the Cystic Fibrosis Foundation at the Fairmont Chicago on Jan. 30. More than 900 guests attended the event that recognized the city’s top chefs, sommeliers, mixologists and restaurants with awards in multiple categories.

After a tasting reception that featured more than 30 chef stations, guests moved into the Imperial Ballroom for the awards program and a seated dinner. Emcees Ji Suk Yi (ABC-7) and Michael Muser (Grace Restaurant) introduced a video spotlighting local chefs and their personal journeys into the culinary world.

Molly Riley, Cystic Fibrosis Foundation national director, spoke about the advancements in reaching a cure for CF and acknowledged the contributions of the Chicago restaurant community. “We can now confidently say what was once a journey of hope based on dreams is now a story of hope based on reality,” Riley said.

A highlight of the evening was the presentation of the inaugural Chicago Classic Award to Gene & Georgetti restaurant. Dominic DiFrisco (senior VP, Edelman US) presented the award, describing the 74-year old River North establishment as “a place where you can get prime meats, Old World service and a warm nook to escape the harsh realities of a stressed out society.”

Michelle Durpetti accepted the award, dedicating it to her grandfather and restaurant founder Gene Michelotti and “to the 70,000 people worldwide who suffer from CF with the hope that very soon these initials will stand for ‘cure found.'”

The live auction featured an in-home dinner for 12 with Michelin starred Chef Ryan McCaskey (Acadia) that sold for $15,000. A surprise donation from the Boka Group included dinner for 20 at Chef Stephanie Izard’s restaurant Girl and the Goat and dinner for six at Izard’s upcoming restaurant. This package sold for $10,500.

The event raised more than $500,000 for the Cystic Fibrosis Foundation and its mission to find a cure for CF. 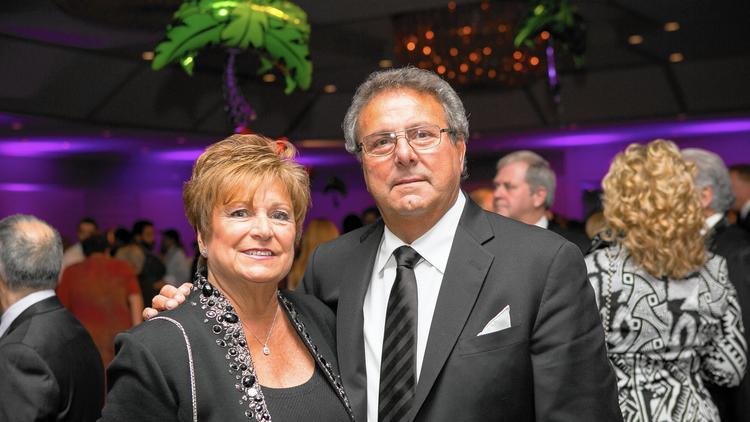 Freelance writer Candace Jordan is involved with many local organizations, including some whose events she covers.