For six years, the Tribune has been giving Dining Awards to restaurants and chefs whom our critics believe are creating some of the best food in Chicago. We value your opinion on that, too — which is why, this year, we added a Readers’ Choice division to the awards, asking you to vote for your favorites among the classic and the new restaurants that help make Chicago one of the best food cities in the country.

And boy, did you. More than 10,000 of you logged votes for Chicago’s best pizza, burgers, fine dining, breakfast and more — 15 categories in all — from among the nominees selected by the Food & Dining staff. Some restaurants won in a landslide, such as Gene & Georgetti (Best Classic Chicago Restaurant) and Lou Mitchell’s (Best Breakfast). Others ran an incredibly tight race. United Center inched out Wrigley Field by just 34 votes to win Best Food Spot Where You Least Expect It, while Moody’s and Piccolo Sogno were neck and neck for Best Patio.

Whether the spots you were vying for won or not, the clear takeaway is this: We are lucky to live in a city where there are so many contenders for best, well, everything, and so many passionate readers — like you — who keep our restaurants, bakeries and bars thriving. Now that is something to celebrate. 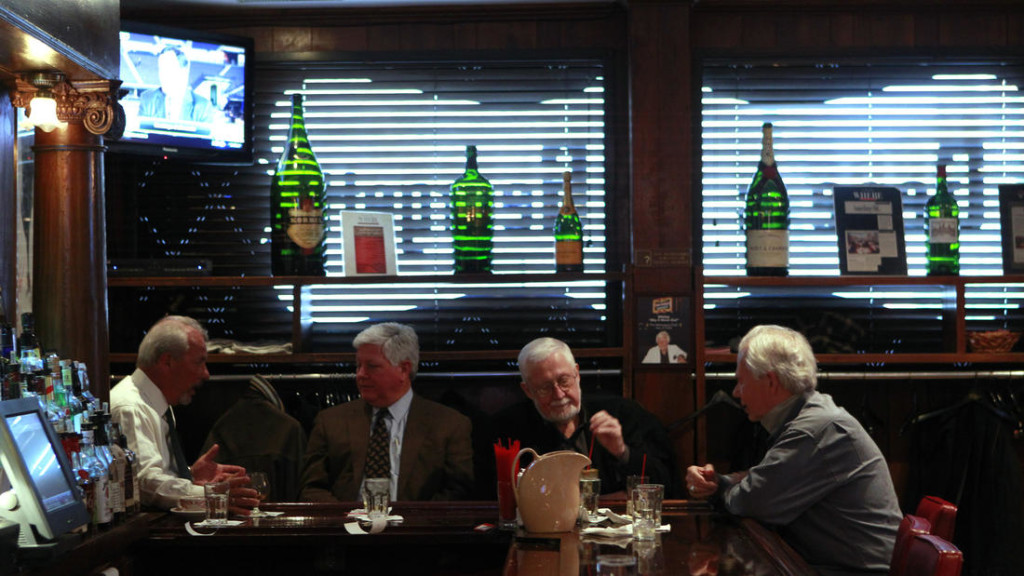 Opened in 1941, Gene & Georgetti, the Best Classic Chicago Restaurant winner, is an icon among Chicago’s steakhouses. Run by the same family all these years, it has played host to average-Joe Chicagoans along with plenty of famous names. (Chris Walker / Chicago Tribune)

Chicago diners aren’t overly nostalgic, but they retain a good measure of respect for restaurants that have hung around for generations, including our winner, Gene & Georgetti. Opened in 1941, Gene & Georgetti is an icon among Chicago’s steakhouses, is still run by the same family and has played host to average-Joe Chicagoans along with plenty of famous names. (Other steakhouses play Sinatra; Gene & Georgetti fed Sinatra.) This is an old-school steakhouse, serving doorstop-weight prime steak and chops, along with such Chicago classics as shrimp de jonghe, chicken alla Joe, garbage salad and sausage-and-peppers. (It’s also one of the few remaining restaurants that will serve you calf’s liver.) Your server will be a person of few words who doesn’t begin by telling you his name and who won’t say “excellent choice” after you order. (Of course it’s an excellent choice; you’re at Gene & Georgetti.) The opening of a second G&G, in Rosemont, creates a fine option for north and northwest suburbanites.

To view the feature on ChicagoTribune.com please click here.