Chef featured on Inside Hook!

What’s Chef Cristiano grilling up this weekend for his at-home BBQ? You can grab the full menu from Inside Hook!

Originally published on Inside Hook, July 2, 2021 by Amy Reiter 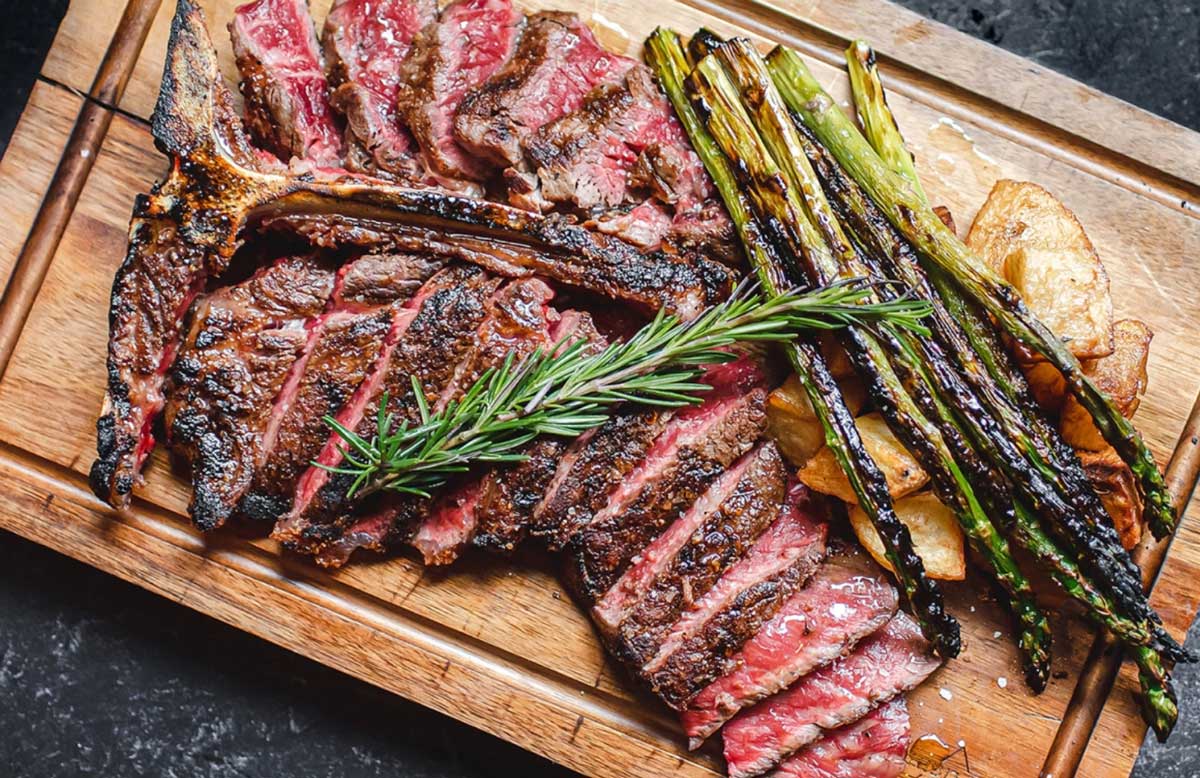 If a 4th of July barbecue means burgers, hot dogs, and …. not much else, it might be time to expand your grilling palette. Because what’s more American than a melting pot of dishes featuring flavors brought to the U.S. by chefs who have moved here from around the world? What says freedom more clearly than breaking free of tradition and trying new things?

We asked four creative, celebrated Chicago chefs — born in Italy, Mexico, Ethiopia and the Philippines — to share a favorite recipe for the grill. Fire up the charcoal (or gas). Get out your tongs. Slip on that heat-resistant glove. And prepare to take a culinary tour without leaving the comfort of your own Windy City backyard.

Although Bassani feels “more American than Italian,” he infuses the meals he serves at Chicago steakhouse Gene and Georgetti, where he is head chef, with the Italian flavors of his childhood.

He has recently been grilling a Florentine-style T-bone, marinated in a Tuscan Chardonnay and dry-aged for three weeks.

“We serve that on a wooden board with some asparagus, and slice it, like they do in Florence,” he says. “When you go to Italy, they ask you how much meat you want, and they cut the steak there. So you say you need two pounds, three pounds — it depends how many people you’ve got.”

The recipe below serves two to three people, and Bassani recommends cooking it no more than medium-rare and pairing it with a “very heavy wine,” such as a cabernet or Super Tuscan.

Marinate the steak in the refrigerator in the wine (rosemary optional, but definitely adds something!) for a couple of days, turning it every 12 hours. Bassani suggests you also change the wine when you turn the steak.

When getting ready to cook, make sure to pull out of the fridge, pat dry and leave on the counter for at least an hour before cooking. Bringing meat up to room temp allows for more even cooking.

Salt and pepper the meat to taste.

Make sure the grill is super hot to get a good sear.

Sear for two minutes on high on both sides. Remove from direct heat and cook on the “T” standing up to finish. Roughly 6-8 minutes. This is a dish typically served rare, so it does not require much time on the grill.

Pull the steak off the grill, let rest for about 5 minutes.

Serve on a wooden board with roasted asparagus or your preferred vegetable or potato.