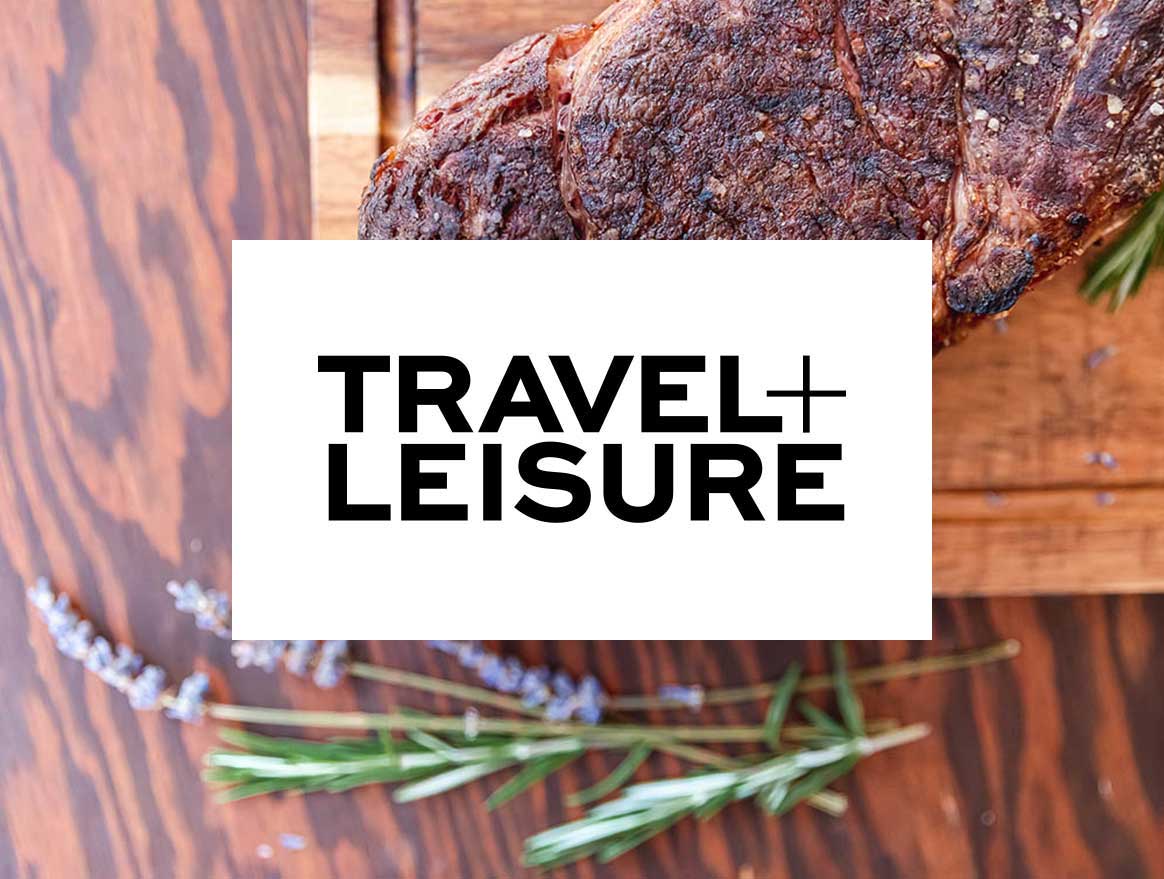 Came for the city, stayed for the food. We’re honored to be featured in Travel + Leisure’s Chicago Travel Guide! Whether you’re taking your summer vacation to the Windy City or looking to be a tourist in your hometown, see what the hype is all about by reserving your spot with us!

Chicago isn’t just Frank Sinatra’s kind of town, it’s the kind of town that’s got something for everyone. It’s a big city that’s not quite as crowded and fast-paced as New York but still filled with more things to do than you’ll have time.

Chicago is home to more than 2.7 million people, making it the third largest city in the U.S. and the largest city in the midwest. It’s lined with urban beaches located along Lake Michigan and is known as the birthplace of the modern skyscraper. A massive fire in 1871 destroyed much of the city center, leaving behind just a handful of structures and paving the way for Chicago to construct one of America’s tallest and most beautiful skylines.

With professional baseball, basketball, football, hockey, and soccer teams, Chicago is a sports aficianado’s dream come true. Catch a Chicago Bears game at Soldier Field. If football isn’t for you, catch a Cubs or White Sox ball game, a round of soccer with the Chicago Fire, the Bulls for a basketball game, or a Blackhawks game for hockey fans.

Chicago isn’t just about sports, though. It’s also a foodie paradise with world-class museums, architectural gems, luxury shopping, and a long list of live music venues and comedy clubs. It’s a place where you’re sure to find plenty of things to do – and eat. Just make sure you save room for deep dish pizza and a Chicago dog.

Gene & Georgetti
If you’re after a steak in Chicago, this is where to get it. Gene & Georgetti was founded by a pair of Italian immigrants in 1941 and is one of Chicago’s oldest steakhouses. Frank Sinatra, Bob Hope, Lucille Ball, Keanu Reeves, and Will Ferrell are among the celebrities that have dined on its giant portions of steaks, chops, and classic Italian entrees like Chicken Marsala, Eggplant Parmesan, and Veal Scaloppine.