We’re proud to celebrate 80 years serving Chicago and are extending that PRIDE with a special brunch, including a cabaret performance! 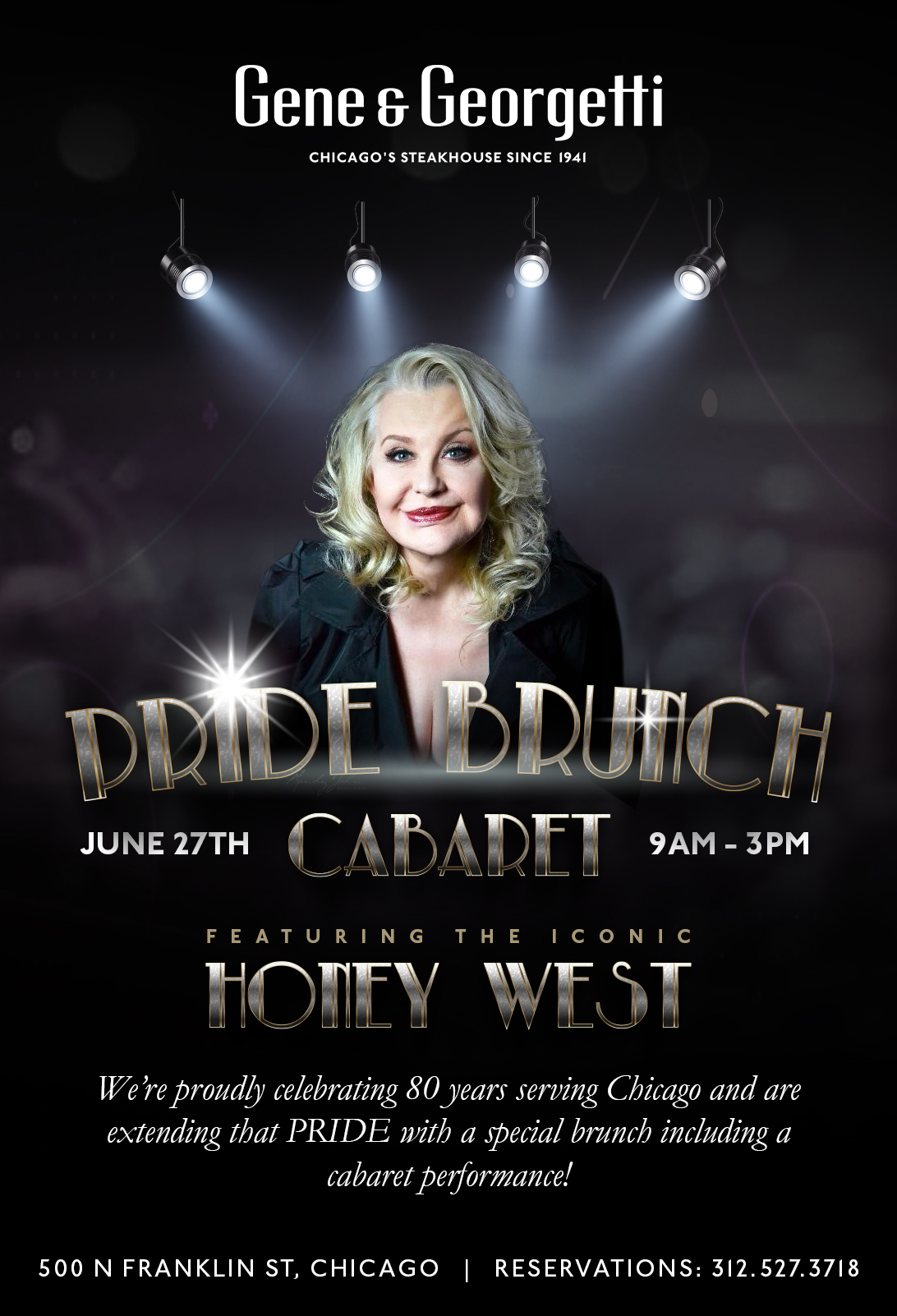 About Honey West
Entertainer Honey West has been a hit on the cabaret circuit since her debut in the 1990 one-woman show, “A Taste of Honey”. She has won two After Dark Awards as Chicago’s Outstanding Cabaret Entertainer as well as several other honors and accolades.

Her charm and versatility as a singer and comedian have attracted a wide and loyal following in Chicago and beyond. She has performed on cruise ships, at awards shows, for dozens of AIDS and LGBT fundraisers, and in numerous concert and cabaret venues from the Park West to Cabaret Metro, and from Gentry to Hotel Allegro.

June 25th from 11 am to 3 pm - our second annual pride brunch.
RESERVE YOUR TABLE